MRI of the Knee 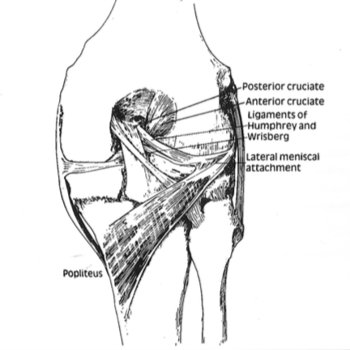 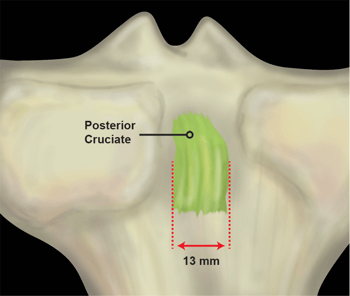 Need to determine if the injury is:


functional result more likely if PCL injury is associated with:

Posterior Cruciate Ligament: Evaluations and Pitfalls of Injuries on MRI

Pitfalls in the Diagnosis of PCL Injury

Click here to watch the Case Review with Dr. Pomeranz

This 53-year-old male has left knee pain since a fall at work. You are shown proton density (image 1) and proton density with fat-suppression (image 2) images with abnormality labeled (green arrow). 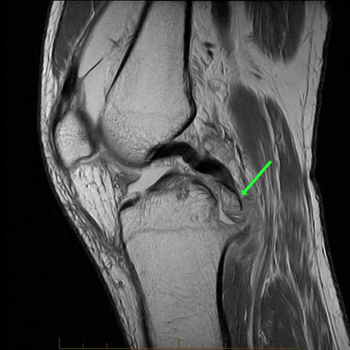 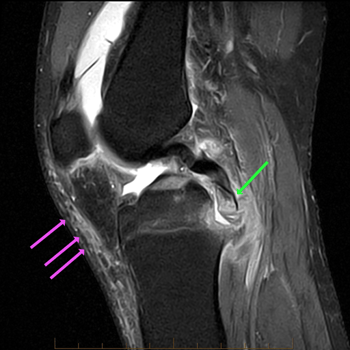 
The diagnosis is posterior cruciate ligament (PCL) avulsion fracture with typical pretibial abrasion from impaction with the knee in flexion as of injury.

mechanism of injury is a blow to the knee in flexion (“dashboard or aviator injury”), usually with of the anterior prepatellar soft tissues (image 2, pink arrows).

Most posterior cruciate ligament tears are not surgically treated. Surgical treatment is indicated if there is fragment displacement, diastasis, or an accompanying posterolateral corner injury so as to prevent posterolateral rotary instability (PLRI), or posterolateral recurrent instability syndrome. Sometimes, with a posteromedial corner semimembranosus injury, the PCL may also have to be repaired.

Typically, tears of the PCL itself do not produce retraction, separation or gapping of the PCL fibers. Rather, there is and interstitial injury of the ligament even though functionally the ligament is no longer a source of tibial stability and restraint.

However, when there is a fracture at the PCL attachment to the tibia in the PCL notch, surgery may be indicated. A. The choices are immobilization or casting if the fragment is close to the main bone. This might help precipitate a union. B. On the other hand, if there is a substantive gap, rotation, or angulation, the fragment may require repositioning and external fixation from a posterior approach.

PCL: BUCKLING IN THE SAGITTAL PLANE 8


RELIABILITY OF MAGNETIC RESONANCE IMAGING OF THE PCL 2


Note: The majority of knees with Grade II and lower PCL laxity are treated non-operatively